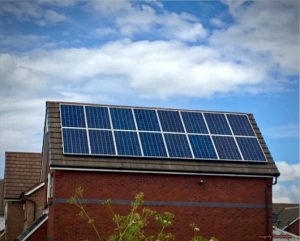 A recent announcement relating to renewable energy has caused quite a stir within the UK, as for the first time, more electricity has been generated by renewable sources, than by coal and gas. A report from the National Grid Tweeted that in June of this year, 50.7% of power in the UK was produced by wind, solar, hydro and wood pellet burning. Weather conditions where perfect being both sunny and windy, and if nuclear power was added into the equation the figure jumped to 72.1%.

Offshore wind farms have also given impressive results, at one point creating a tenth of the UK’s energy, and easily justifying their cost. There are definite goals which the British government are working to attain, which include widespread use of renewable or green energy sources. It was estimated that energy produced in this way would save consumers £500,000 over the summer. Wind power was the clear winner here, with other forms of clean energy close behind. These include systems like air source heat pumps, solar panels, biomass fuel, and there is some interest in harnessing untapped geothermal resources.

Renewable energy sources are a positive and vital alternative to fossil fuels, supplies of which are being rapidly depleted. The world will require 60% more energy by the year 2030 and green energy could potentially balance demand and supply.

As awareness is raised about looking after the environment in a responsible way, we have seen positive developments such as promotion of clean, renewable energy, widespread LED lighting installations and low carbon emissions replacement technology. Schemes like the Renewable Heat Incentive and Feed-in Tariff have also played their part. There are more choices in energy supply too these days, with the emergence of renewable energy tariffs.